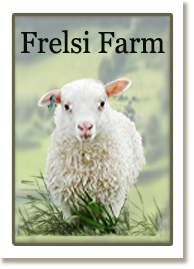 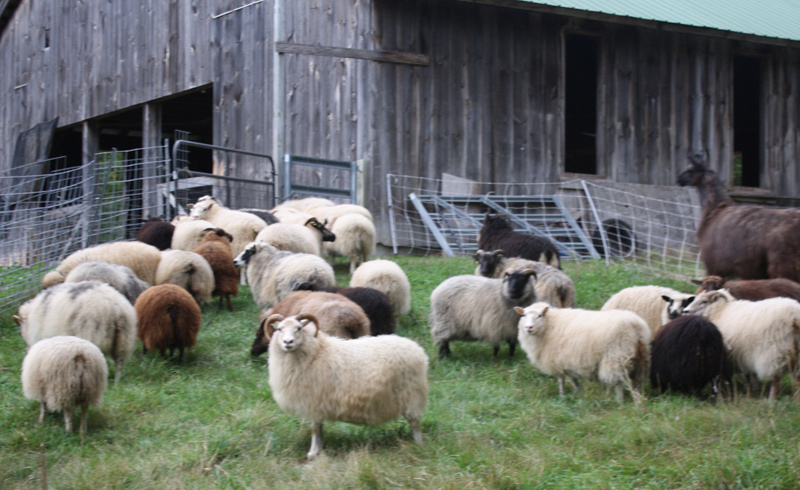 Icelandic Sheep: a breed for the new millennium

One of the world’s oldest and purest breeds of sheep, the Icelandic sheep have been the only sheep raised in Iceland for over 1000 years. Now, they are rapidly gaining popularity in North America and are ready for another millennium.

A member of the group of sheep known as the Northern European Short Tail sheep, the Icelandic is a colorful, medium sized, hardy, dual-coated animal, that offers many qualities for the small family farm as well as commercial potential. These sheep are a fine source of meat, milk and fiber, offering an all around animal that is a pleasure to raise.

The Icelandic sheep is a medium sized sheep, ewes average 130-150 pounds and the rams 170-225 pounds. Both ewes and rams may be horned or polled, offering the shepherd a choice.

The horned rams will grow a fine set of curled horns similar to the wild Mountain Sheep in the Rockies. The ewes’ horns are C-shaped. The faces are open and the legs are also free of wool. The sheep are strong and healthy and prolific. They are long lived, the ewes bearing lambs into their 10th year and older. Having been raised in a grass based farming system in Iceland for the past 1200 years, they do not require expensive grain feeding to reach a respectable market weight. Most rams are sent to market at 5-6 months of age.

These sheep sexually mature early and the ewe lambs are bred at 7-9 months of age. The ram lambs are capable of breeding at about 6 months of age, though some may be ready earlier. These ewes are very seasonal breeders, coming into estrous as the daylight shortens toward the end of October here in North America. They will continue to cycle into early spring. Most ewes here are bred in November and December.

The gestation period is typically 143-145 days, a little shorter than the average for sheep. The lambs are small at birth, generally 6-10 pounds, and their narrow heads and fine bone structure makes birthing easier. They are exceptionally vigorous at birth and are up and trying to nurse in minutes. The mothers are attentive and often have the first lamb licked off and nursing before the second is born. Twins are common in this breed and actually expected after the first lambing. Triplets are not uncommon and the ewes are, for the most part, capable of raising triplets without bottle supplementation. It is not unusual to find triplets warm and dry, with full bellies, sleeping next to mom with no intervention needed. The lambs are born with a good covering of very soft “poodle-like” curly fleece and tolerate the elements well. Being born in Spring also means less frigid nights for lambing. The lambs grow rapidly, gaining 1/2 to 1 pound a day.

These sheep are often managed in a pasture lambing situation since the lambs are born at the same time the early grass is available in many areas. Others are kept in a paddock/jug lambing situation. They all seem to thrive with little intervention either way. The sheep are naturally short-tailed so no docking is needed. The short tail is perfect for protecting the ewe from flies and sunburned vulvas and prolapse is extremely rare. The vigor of the lambs and the rapid growth rate is noted in the crossbred lambs as well. The hybrid vigor is exceptional and the potential for the crossbred meat market is high.

The ewes are putting energy into their pregnancies and not into wool growth at that time. The ewes will shed the belly and udder wool and the wool around the crotch first so that shearing is not necessary prior to lambing. The wool can be plucked or “rooed” during the spring wool break but it is not a very efficient way to harvest the spring wool. Often the sheep sheds in patches and the fleece may be felted underneath as it loosens. Most Icelandic sheep here are sheared twice each year, once in the late winter or spring and again in the mid to late fall. The sheep grow wool amazingly fast. The shorter spring fleece is fine for felting and the longer clean fall fleeces are highly valued by handspinners.

The colors of the Icelandic sheep are incredibly varied and beautiful. Six patterns are possible in this breed and an infinite range of whites, blacks, browns (moorit), and greys are seen. The sheep may also be spotted in addition to showing a pattern. These pattern genetics are well understood adding to the interest in breeding for specific colors and patterns.

The Icelandic sheep is dual-coated. The fleece is open and airy with little lanolin. A fine downy undercoat called “thel” is typically 2-3 inches long and the coarser outer coat is called “tog”. The outer coat is a wool fiber, not hair or kemp. It is 4-10 inches long in most fall fleeces and is lustrous, softly waved or in corkscrew curls. Tog is water and wind resistant, strong and hardwearing. The thel is lofty and warm and very fine with an uneven crimp. This durable dual coat allows the animals to be comfortable outside in the winter with just a three-sided shelter or tunnel hut for shelter from the icy wind and snow. The bulky “Lopi” yarns, that are one of the most popular yarns worldwide, are spun from the two coats of Icelandic wool, and yet a prized fine lace weight yarn is also made from the fleece. The two coats can easily be separated for even more versatility. The wool from Icelandic sheep is also in demand by felters worldwide, as it is an easy and fast fiber to felt, and the natural colors are exceptionally lovely and diverse.

The pelts from these sheep are soft and luxurious. The pelts feel more like fur than wool, and again the colors are outstanding. Because the number of hair follicles per inch is low, the pelts are soft and flexible. These pelts are prized for clothing and are beautiful on floors and furniture.

The primary use for these sheep in Iceland has been for meat. The meat is award- winning in the European market where a lean gourmet style carcass of fine textured, light colored and mild flavored meat is preferred. It is an exceptional product. Being a grass fed sheep, it offers a clear advantage to the organic and natural meat producer, as well as the small farm. A ram lamb can be raised to market weight of 70-100 pounds on mothers milk and grass/hay in 5-6 months. The carcass will dress out at 30-45 pounds, a size highly desired by the restaurant trade and gourmet markets.

A third aspect of these fine meat and wool animals is their milking ability. It was common practice in Iceland in earlier times to use the sheep as a source of milk. They have a perfect ratio of protein to fat in their milk to produce excellent cheese and cultured milk products. The milk is very rich and creamy. An Icelandic sheep dairy is underway in New York State at True North Farm and others are also pursuing this aspect of the breed. The hardiness and good mothering traits are an asset in the dairy world, as is the ability to market the ram lambs off pasture as meat.

Icelandic sheep are efficient grazers, spreading out over an entire pasture. They are alert and attentive and will flock together if they are alarmed or threatened. They are excellent foragers and often seem to prefer browse over grass if given a choice. Their ability to clear and reclaim new and old pastures is a plus. The old overgrown fields of former farms can be revitalized with these animals.

The Icelandic sheep were first brought to Canada in 1985 by Stefania Sveinbjarnardottir-Dignum , an Icelandic woman living in Ontario. Canada, on Yeoman Farm. She first imported 12 animals and then, in 1990 , another larger group. In both these groups, she carefully sought out the most diversity she could in colors and patterns. from the animals in the Scrapie free area in Iceland. In 1992, after a five year quarantine period, the sheep were first imported into the USA, by Barbara Webb of Jager Farm in Massachusetts. There are now over 2500 registered Icelandic sheep in North America. The registration of the animals is maintained through the Canadian Livestock Registry Corporation (CLRC), an excellent well organized registry.

To maintain genetic diversity and insure the continued excellent quality of the animals, importation of semen from tested disease free Icelandic rams and artificial insemination has been another exciting area being explored with this breed. The first AI Icelandic lambs in North America were born in the spring of 1999. This is now a successful way to further the solid foothold the breed has in North America. The AI breeders are all members of the Voluntary Scrapie Flock Certification Program (VSFCP). The rams used in the AI breeding are progeny tested and scored for their meat carcass and milk and wool producing qualities in Iceland.

ISBONA, the Icelandic Sheep Breeders of North America, is the organization that has evolved over the past five years from the people involved with this wonderful breed. The group provides information about the breed, has an e-mail chat line, a small lending library of books and videos and publishes a quarterly newsletter. The members are a diverse group that have a common love of these sheep. Membership and information are available to anyone interested.

As one of the oldest established breeds of sheep in the world today, the Icelandic sheep are over and over again proving their worth. They are not only a breed for the small farm that can produce meat, milk and fiber for the family, they are a beautiful, hardy, healthy animal that has commercial potential as a grass based meat, wool and dairy breed, ready for another millenium. And, as you can see…they’ll clear a nice pasture for you too!

Article originally published in Small Farm Today , March /April 2001, by Elaine E. Clark, who lives on Frelsi Farm in Limerick, Maine with her husband David Patterson, a flock of over 100 Icelandic sheep and 6 Icelandic sheepdogs.